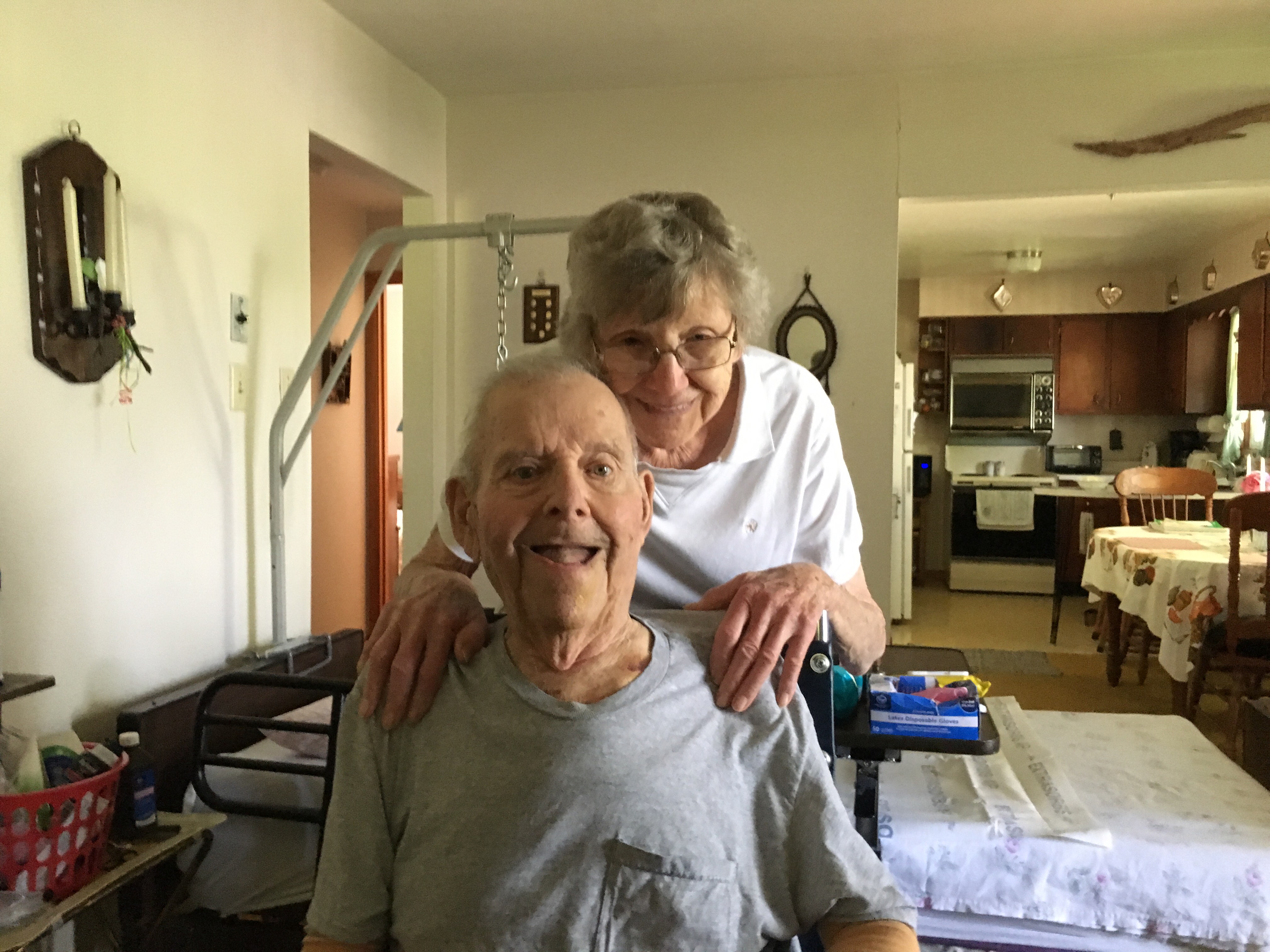 Max grew up in Danville and graduated from Hillsboro High School in 1947. Irene was raised in Kentucky and had just turned 18 when her father bought a farm in New Market and relocated the family. The couple was introduced by Irene’s brother, who had become friends with Max. Irene remembers her first date with Max. They went to a movie – she recalls it was Bing Crosby in “Blue Skies” – and went to a local “greasy spoon” afterward, where she had a hamburger, fries and a Pepsi. They married and made their home in Danville. Irene’s father was a carpenter and helped build the house Max and Irene have lived in since 1959.

Max’s father owned a garage in Danville and died when Max was just 17. Max inherited the business and became a mechanic, operating the business for 25 years. He then worked another seventeen years for the county as a mechanic. A sudden stroke in 2016 left Max partially paralyzed. Cathy McCann started as a caregiver for Max in 2017 and “we adore her,” Irene says. Community Care Hospice also began providing care for Max, which has been “wonderful” the two say. Their church community, Danville Church of Christ, has been a great support. Max started attending church there when he was just a child, arriving arrived by horse and buggy. Irene is also grateful to her family who has helped them so much.

“Give a little and take a little” is the advice they offer when asked how to make a marriage last 65 years. They have had their share of “blue skies” and didn’t need sapphires to show them what loyalty means. They have lived it, trusted and counted on each other, for longer than most. They are authorities on what matters most in a marriage.

Caring for All Members of Our Community

Many people worry about facing death alone. But when a client of the Clinton County…

Caring for Our Community: Amy Davidson

Community Care Hospice has been honored and privileged to serve Amy Davidson, a community member…

Recent Posts
© Copyright 2022 Ohio's Hospice, Inc. The logo and icon are registered trademarks of Ohio's Hospice, Inc. All rights reserved.
Back To Top
We use cookies on our website to give you the most relevant experience by remembering your preferences and repeat visits. By clicking “Accept All”, you consent to the use of ALL the cookies. However, you may visit "Cookie Settings" to provide a controlled consent.
Cookie SettingsCookie PolicyAccept All Cookies
Manage consent